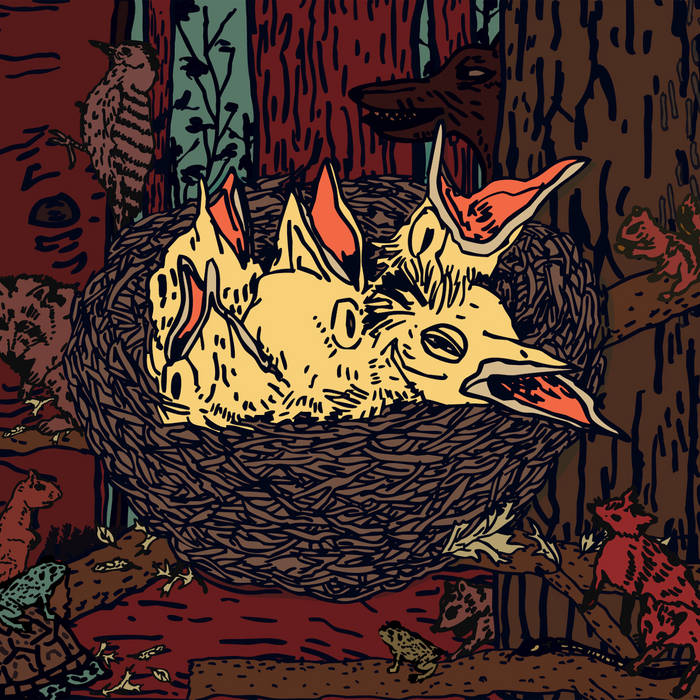 "A starkly beautiful collection of dark avant-folk wanderings that can be eerily quiet and breathtakingly beautiful, Songs For Creeps mirrors the nomadic lifestyle of its maker. Utilizing vintage equipment and instruments, found sounds and her own sweet voice, Annelle crafts wonderfully weird, macabre songs about fading love, murderous intentions, seers and midnight explorations. Tender acoustic passages like 'I¹m A-Gone Down to the Green Fields' play off the dream-like reverie and menace of 'My Weary Eye', while 'The Lion's Share' and 'Blessed Steed' are immersed in rustic dobro guitar stylings...Annelle is as adept at composing elegant country songs as she is at folk melancholy. She¹s a talent to watch."--Peter Linblad, Goldmine

"For those who know Amy Annelle by the vast company she’s kept, “Songs For Creeps”, her sixth overall and fourth as the Places, may come as some surprise. With her standard band compliment stripped away, Annelle explores this oddball set of twisted folk tunes with the assistance of a handful of friends...all of it features Annelle’s intersection of Gillian Welch’s Appalacian authenticity, Janis Ian’s confessional folk and and Tom Waits’ cross-genre bravado...Annelle is a brilliant desert troubadour with a dark and compelling vision."--Brian Baker, Amplifier Magazine

The word "folk" is often tossed about when describing Amy Annelle's music, presumably because the acoustic guitar is such a dominant instrument and because her poetic lyrics don't fit within any sort of easy pop categorization. However, such a label doesn't take into account the surreal atmospheres and haunting textures that loom throughout her music. Annelle's songs encapsulate entire tiny little worlds of sound, conjuring up dim images of broken down places and darkened rooms pregnant with memory and longing. Field recordings, samples, broken snippets of conversation, and radio and television footage add to these images, creating lived-in spaces where the inhabitants have since packed up and moved on, leaving behind spiritual and emotional debris"--Opus

"...an angelic voice and an interest in dark, grainy visions of the American nightmare...Songs For Creeps runs through sprawling songs that nod at Will Oldham, Johnny Cash and Fairport Convention. Annelle captures the ominous, awesome feeling of storms rolling across the plains, with the sun periodically breaking through"--Noel Murray, The Onion/AV Club

"Conventionally this record might be folk, psychadelic, avant-pop--more or less undefinable--but most of all it's got a grip on the sprawling, strange, optimistic, terrifying feel of open-road America"--David Snyder, Indie Folk Forever

recorded and mixed by Brian Beattie at the old Wonder Chamber, Austin Texas except "Such As the Earth" recorded by Jay Pelicci at Tiny Telephone, San Francisco, California
mastered by Billy Stull at Masterpiece in Wimberly, Texas
album art: Eric Mast

A prolific writer and interpreter of songs, Amy Annelle maps out the farther reaches of American music, while conjuring visions of our restless musical past. Over the course of ten albums & thousands of miles logged on the road, Annelle has cultivated a rarified voice and repertoire that "blooms with open-hearted, lustful vulnerability and a harrowing naturalistic solitude”(Crawdaddy). ... more

Bandcamp Daily  your guide to the world of Bandcamp